Passenger is a Chain Caster offering dependable crowd control and long-range sustained and burst damage. While Passenger is a capable operator, he peaks later during progression. He’s a worthwhile operator to consider, but won’t feel good to use until post-E2 investments. 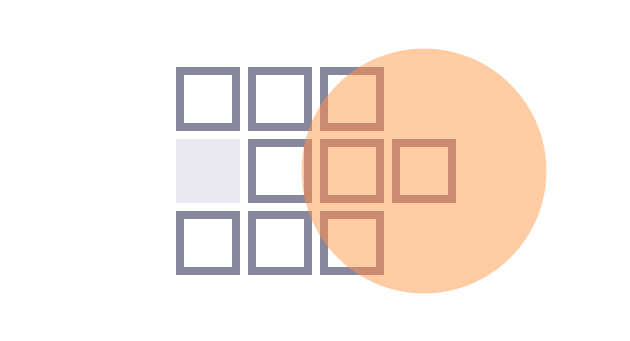 When attacking enemies with 80% or more HP, Passenger will deal 20% increased damage to them for 3 seconds

A nice damage boost for his skills. It supplements S3 through most of the duration and plays well with its high HP priority targeting. The long range makes it easier to hit enemies far away before they’ve been damaged, allowing the talent to come into effect.

When there are no enemies in the surrounding 4 tiles, ATK +8%

A low ATK bonus, but works well with the multipliers from skills and his first talent. It’s also very easy to make use of, even if by simply blocking the tiles around him with melee units.

Increases the ATK of the next attack to 250%; The attack will jump between 4 enemies and the duration of the Slow is increased to 1.5 seconds

Like a lot of the other auto-attack S1s, this skill isn’t too relevant in the grand scheme of things. It will give appreciable consistent damage against mobs in AFK runs, although the lack of charges compared to similar skills hurts, but is otherwise overshadowed by his other skills.

The mastery benefits give a nice boost to the multiplier, but half of that is locked behind M3. The SP reduction only makes a difference when used alongside SP/sec batteries, allowing him to use it every 2nd attack. Due to this skill being the weakest within his kit, it’s not recommended for mastery.

The extra row of range opens up new placements and allows you to position him a bit further back. The reduced attack interval makes the Slow from his trait more noticeable, even if it’s pretty short by default. The skill’s DPS during skill uptime is nothing to scoff at either, and if an enemy spends more than about 6-7 seconds in his range, it ends up being the better option over his S3 in pure damage output. The main limitations of S2 compared to S3 are that it won’t be up every wave by virtue of the cycle being on the longer end, that it has a less versatile range expansion, and, less importantly, that it makes worse use of his first talent.

Masteries offer a good boost to uptime and damage output—most notably due to the interval reduction at M3. It has a low priority because it’ll perform its consistent damage role well enough in most circumstances even without mastery.

Immediately generates a lightning storm centered on the target with the highest HP within a wide range, lasting for 4 seconds; Deals an additional attack equal to 150% ATK to a random enemy within the lightning storm every 0.5 seconds; Can store 2 charges

The large targeting range makes this skill useful regardless of the direction Passenger is facing, and the storm’s own dimensions mean it can theoretically reach up to five tiles away from him in any cardinal direction if there’s an enemy to anchor it. It’s important to keep in mind his target priority: it depends on absolute HP, not the percentage value. Because of this, his large range can also be a detriment; in some cases stopping you from using it on the intended target.

While strong enough to deal with the mobs in most waves, it is recommended to save one charge at all times. This way both charges can be used against difficult groups or tankier enemies, as they offer relatively little damage individually.

While the multiplier improvement is decent, the SP reductions make the skill feel much better in use due to the need to gather both charges for harder enemies. If you intend on seriously using Passenger, investment in this skill is practically required.

UpdatedTrait
Attacks deal Arts damage and jump between 4 enemies. Each jump deals 10% less damage and inflicts a short Slow (0.8s)
UPDATEDTalent 2
When there are no enemies in the surrounding 4 tiles, ATK +8%, increase SP recovery by 0.25/second

The jump damage reduction decrease is a nice boost to overall damage, but the biggest difference is the significant Slow duration increase. To put it another way, it goes from an effective -30% MS reduction to a -56% MS one during S2M3 and makes for an even more effective slow during the short S3 window. The latter stages offer a strong SP battery to address his SP costs, noticeably shortening his cooldowns.

Getting both modules would be prohibitively expensive, so prioritize the one you feel will better match your usage of Passenger. This is his preferred module outside modes that offer abundant SP batteries, as it passively helps with all his skills, regardless of which one you use—S1 is executed every 2nd attack instead of every 3rd, S2 gets a significant uptime increase, and S3 has a vastly lower opportunity cost against individual waves.

UpdatedTrait
Attacks deal Arts damage and jump between 4 enemies. Each jump no longer deals less damage and inflicts a brief Slow (0.5s)
UPDATEDTalent 1
When attacking enemies with 70% or more HP, Passenger will deal 28% increased damage to them for 4 seconds

This module focuses on improving the total damage dealt by all his skills, both through the jump damage reduction removal and the first talent multiplier boost. This is most readily felt in S3’s output.

Getting both modules would be prohibitively expensive, so prioritize the one you feel will better match your usage of Passenger. This module is best in modes where he will already have SP batteries provided, or which give enough time for charging between waves, such that you want to maximize his damage output.

Like other operators with good damage scaling, Passenger’s mix of multi-target damage, multipliers, and low additive modifiers means that any ATK buffs will yield disproportionate gains when applied to him.