Irene is a Swordmaster Guard known for her multi-hit splash burst and ability to ignore a portion of the enemy’s DEF. She works well without external support due to her reasonable SP costs, innate ASPD buff and the DEF ignore from her talent, but still performs great if it’s provided. While she suffers in more challenging content due to her offensive SP recovery, she's an extremely useful DPS unit in main story and event stages, as well as additional game modes such as Stationary Security Service.

Physical damage has a 50% chance to ignore 50% DEF. Chance increases to 100% against aerial units.

This talent lets Irene circumvent the usual weakness of Swordmasters: while they may have impressive off-skill DPS, it falls off very quickly with rising enemy DEF. It gives her the ability to deal significant damage even to high DEF enemies with enough attacks, while also allowing her to make quick work of medium to lower DEF ones. Since all her skills levitate enemies, the guaranteed DEF ignore on aerial enemies is especially relevant to her skill damage output, as they all deal a fixed amount of hits.

ASPD +18. Effect doubles when there are [Sea Monster] enemies on the battlefield.

Levitate: Target is unable to attack, move or use skills and is treated as an aerial enemy; duration is halved against enemies with weight higher than 3.

This is Irene's only sustained DPS option, it’s a nice increase for her DPS floor, but it lacks anything to set it apart from her other two skills, and easily loses out in damage output. While it cannot target aerial enemies, both attacks treat the enemy as airborne, letting Irene ignore part of the target’s DEF. The Levitate effect is very short and doesn't bring too much utility to the table; it can slow her down in taking out targets but reduces pressure on her so she can be healed up, though it offers nothing beyond that.

This skill has surprisingly good mastery gains, with M1 and M3 both reducing the SP cost and M2 giving the bulk of the ATK multiplier. That being said, this skill isn't recommended for mastery due to there being many better sustained DPS options. Additionally, this skill has little to no use within Irene's kit, offering neither much utility nor damage. Despite this, those who insist on using Irene for a sustained damage role with minimal management will not be disappointed by the gains.

While a fully invested S1 will have higher single target damage output than S2 in most circumstances, S2 will have much higher overall damage at both SL7 and M3 due to its ability to hit multiple targets. This should not impact your decision on whether to M3 this skill, and should be only treated as advice for those who already have upgraded/plan on upgrading all of Irene's skills to M3.

Deal 400% ATK as Physical damage to up to 6 ground enemies in front, and cause targets with 3 or less Weight to Levitate 4 seconds
Can store 2 charges

Levitate: Target is unable to attack, move or use skills and is treated as an aerial enemy; enemies with weight higher than 3 cannot be Levitated by this skill.

Note: This skill can be activated only if there are ground enemies within range; it cannot hit aerial enemies.

S2 is a low SP cost burst that can hold charges; its biggest strength is the utility provided by the long Levitate duration. This can be used to lower the pressure on your units, interrupt enemy abilities, and synergize with Marksman Snipers. That being said, it doesn’t offer anything else that isn’t better covered by S3. The damage from this skill isn’t very impressive, offering the same multiplier as S1 at M3, but in one hit.

This skill’s masteries are linear in terms of damage. Other aspects, such as SP cost, initial SP, and Levitate duration, are also improved. However, it is a very niche option within Irene’s kit. The most relevant upgrade to its utility use—the Levitate effect duration increase—is locked behind M3, which simply isn’t worth investing in for the sake of an extra second of crowd control.

Levitate: Target is unable to attack, move or use skills and is treated as an aerial enemy; duration is halved against enemies with weight higher than 3.

Note: This skill can target both aerial and ground enemies; the splash radius is 1.1 tiles. 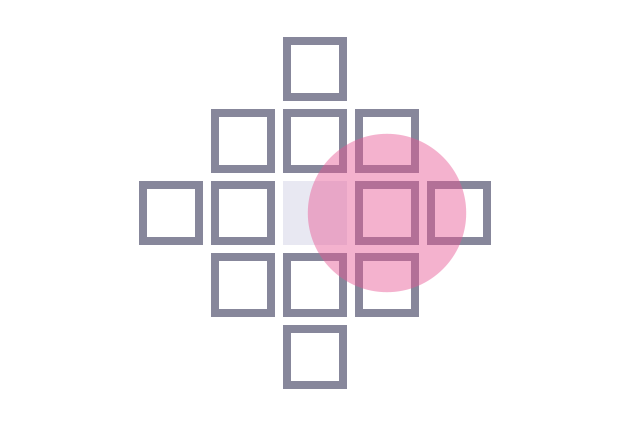 This is Irene’s most used skill, as it has the best damage and scalability within her kit. It’s a very potent DPS source and charges relatively quickly compared to similar AoE burst skills (especially if given some SP support). Its biggest downside is the inability to charge during downtime. The usage of this skill is relatively simple, serving two roles: boss nuking and clearing out groups of lesser enemies. Against bosses outside the first few main story chapters, Irene will require support (ATK buffs and/or DEF debuffs) and will prefer to have them as the only target in range if the goal is to take them down in one activation. Against waves, it’ll benefit most from SP batteries, but can still be used without them.

While simple in use, it has a few notable quirks. The skill animation has a set duration of 3.5 seconds; it is unaffected by ASPD and will continue even if she runs out of targets in range. Irene can still block, take damage, and be interrupted during this animation. While performing the skill animation, she will be most vulnerable to Levitate-immune enemies she might be blocking and sources of Stun, such as Nervous Impairment damage. Make sure to keep these aspects in mind when planning your strategy.

This skill’s masteries drastically improve its damage output and SP cost; you should invest in M1 if you plan on using Irene at all, as it holds most of the damage increase. Beyond that, M3 should be a medium priority for most due to this skill’s high damage potential and ease of use. Some players who lack other operators with well-scaling burst skills might want to treat it with a higher priority, as the increased Levitate duration on M3 fully encompasses the skill duration and the reduced SP cost significantly helps reduce downtime.

This module’s main advantage is improving Irene’s off-skill DPS, but it’s still a decent increase for her skill damage output. It should be noted that the DEF ignore from the first stage is applied before the DEF ignore from her first talent. The additional stats are both welcome for a frontline unit.

This module can be a decent boost to Irene's damage output, however, it's not really worth upgrading past the first stage due to the high cost. Most of the strength of this module comes from its DEF ignore and bonus base ATK, both of which are already granted by stage 1. It provides over half of the bonus ATK (or just above a third if her second talent is active) of all the module stages, rendering further upgrades a pure luxury.

Some players who use her a lot might consider this module to be of medium or even high priority. However, at the time of writing Irene is yet to receive her second module, which will likely be the better choice for those who want to maximize her skill damage output.

Irene works great when given some ATK buffs thanks to the large total multiplier on her S3. Her most prominent supporters will be Warfarin (S2) and Skadi the Corrupting Heart (S2/S3). Heidi will also work quite well with her, due to Irene not needing (or frankly wanting) to block during her S3 and Heidi's own short buff cycle on S1. Even just one of these buffers can result in her performance being improved significantly, due to her high multipliers, AoE, and multiple hits.

Irene has a minor synergy with Marksman snipers, especially with her S2. This branch of snipers prioritizes airborne enemies due to their trait, making it quite an obvious synergy for Irene, who can raise enemies into the air with her skills. S2 is the most prominent skill for this synergy as it will only Levitate lower weight enemies, resulting in Marksmen prioritizing them over the heavier, usually more armored, targets they wouldn’t be able to deal with.

Cutter can also benefit from this synergy with her own S2, which deals increased damage against airborne enemies. Arene and Glaucus will not benefit from Irene’s support due to their talents specifying the enemy type as Drone instead.

Irene can synergize well with Trapmasters under some specific circumstances. If your goal is to put a trap on a tile occupied by an enemy, she can be the perfect solution. Irene’s Levitate effect turns the enemy into an aerial unit, meaning traps can be placed under them. The best skills to use for this synergy will be S1 and S2, both offering frequent applications of Levitate.

S1 will usually be the better option, as it allows you to levitate heavier enemies; it can be cycled quickly and gives you just enough time to place a trap under the target. S2 will be the better option if you need to levitate multiple enemies, or can work with a longer cycle, however will require significantly more investment (for the SP cost reduction) than S1 for a good crowd control cycle. If you want to take advantage of this synergy, having at least S1M1 is recommended. The best Trapmasters to use for this are Dorothy (S2) or Robin (S1) as they will allow you to stall a single target for a very long time.

Irene’s S3 works great if provided SP support due to its relatively low SP cost. Operators who provide SP (such as Ch’en or Warfarin) work well with her, but the SP battery which is most potent for her is the vanguard tactical equipment in Stationary Security Service. Charging her S3 in just 15 seconds if provided 5 stacks, as well as giving her a hefty ATK buff.